No, this isn’t one of those jokes. 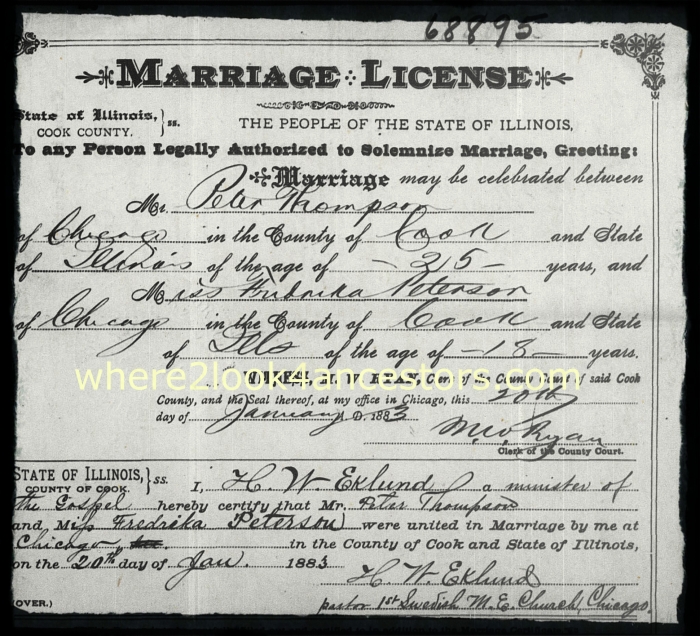 How they met is a mystery.

Family lore has it that Maria worked as a house servant in San Francisco’s Nob Hill when she first arrived in America. How she came to be in California after leaving Sweden is another mystery.

Family lore goes on to say that Peter was a sailor. Presumably he lived in Chicago (since the couple married there) where he may have worked on the Great Lakes.

Peter and Maria, or Mary as she was known, appear together in only one census: 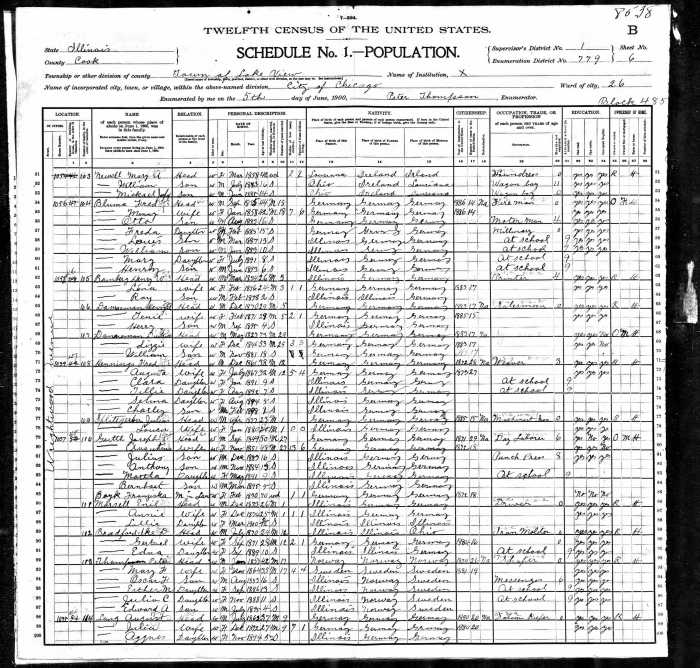 Peter’s whereabouts between this 1900 census and his death in 1938 is another mystery. Even what he did for a living in this census is a mystery.

Sites that list old occupations like this one, this one, and this one don’t include shapers. There is a shaper description here that offers a possibility; perhaps Peter was more involved in building ships that sailing on them. Another mystery.

For cousins trying to place Peter Thompson, Maria Fredrika Peterson and me in our family tree: 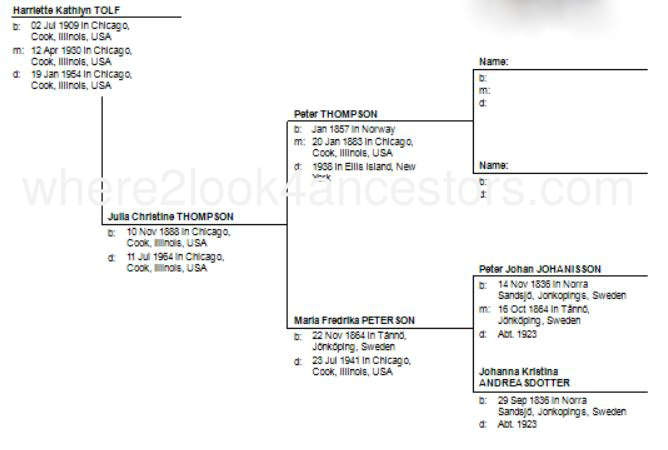 Interested in collaborating on Thompson or Peterson family history? I can be reached at where2look4ancestors [at] gmail [dot] com.

My 2015 goal for Peter is to determine where in Norway he was born.

My 2015 goal for Maria is to determine when and with whom she traveled to the United States.

My 2015 organizational goal for both is to bring all of their documentation from out-of-date to up-to-date on Ancestry, Dropbox, Family Tree Maker, and in their paper files.

3 thoughts on “A Norwegian and a Swede”