My second great-grandmother was one of nine children who (with their parents) immigrated from France to Cincinnati. Most of Elizabeth Schmitt’s siblings stayed in Ohio for the remainder of their lives. Like Emile: 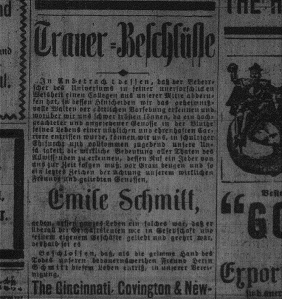 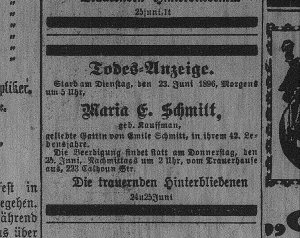 Only two of the couple’s children lived to adulthood. Emil Johann died a few months after the 1880 census was taken. Just three years old when he died, he was the only child to appear with his parents in such a record. 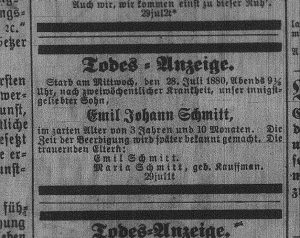 Fraktur or old German script can be difficult to read. While I have the “gist” of the Cincinnati Volksfreund obituaries above, I don’t feel confident transcribing them. Can you help?