Maria Bukmakofsky wasn’t an only child. Her sister Caroline also immigrated to the Chicago area.

Shown here in the 1900 census with her husband and children, Caroline’s family is listed as German but with a very Polish-sounding surname – Domkowsky: 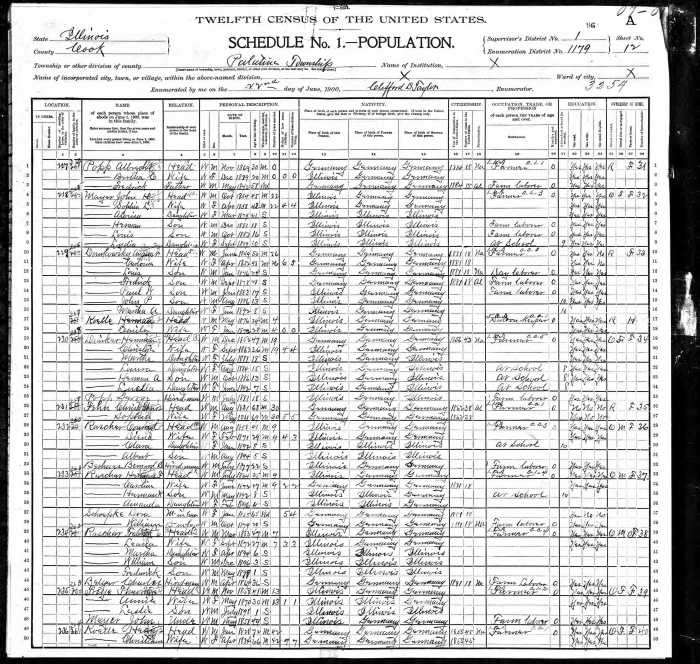 The Domkowsky family is shown on lines 10-16

It wasn’t easy to prove the connection between Caroline Domkowsky and Maria (nee Bukmakofsky) Mangels. Caroline’s son helped connect the two sisters by being enumerated twice – once with his parents and again with the Mangels: 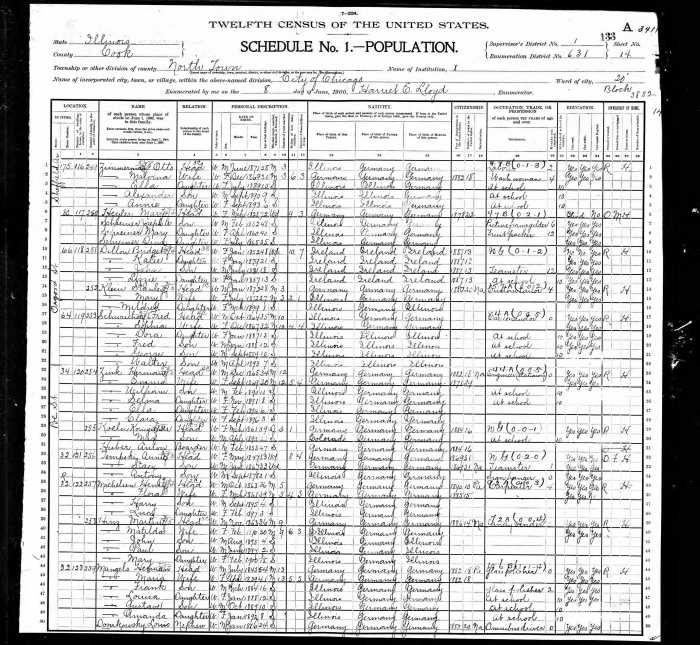 I had already looked at census records going backward and forward for the Domkowsky and Mangels families. Deb suggested looking at each of the women’s FAN (friends, neighbors, associates) club.

Nearly 20 years passed from the time each sister immigrated to the time each would appear on their first census records. So neighbors wouldn’t be as much help. But Deb’s advice encouraged me to revisit the few records I had found from Maria’s birthplace. Particularly this one: 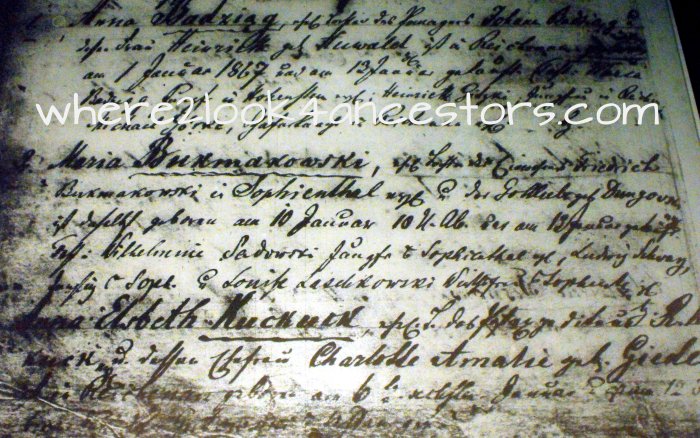 But what does it say? I could really use some help transcribing and translating it.

It’s time for me to learn more about my 2nd great-grandmother.

2 thoughts on “Are We Polish? Part Two”