I booted up my computer to draft a blog post about my Schmitt ancestors for this Surname Saturday.

While things were warming up, I checked email. And found this: 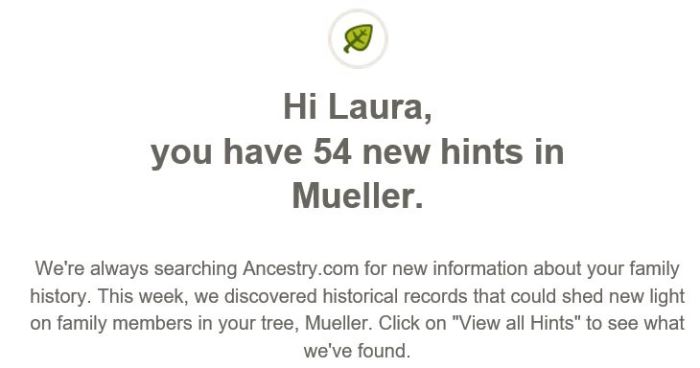 54 is a large number of new hints, which in itself is interesting. More interesting however, are the hints that stem from new collections. What really caught my eye was a name listed in the Indiana Death Certificates collection:

Carl Jules was the son of John Nicholas SCHMITT who, together with his siblings and their parents, traveled from France to the United States in 1854. John holds a special place in my heart because it was his death certificate that revealed the name of the French village from which my Schmitt family originated. Just one word on just one document opened the flood gates and records for generations of my Schmitts, Gurys and Houperts came pouring through.

What little I knew of Carl was that he had been a successful commercial artist for the Barnes-Crosby Company in Chicago. He married fairly late in life and moved to Indiana. He and his parents are buried in Evergreen Park Illinois but his wife doesn’t appear to be with them. Her name was illegible in census records and with a common surname like Schmitt, the trail had quickly gone cold.

Enter that new collection at Ancestry dot com and a chance to learn how Carl’s chapter of the Schmitt family story might end.

My heart sank when I read Carl’s cause of death, and sank again at the contributory cause. 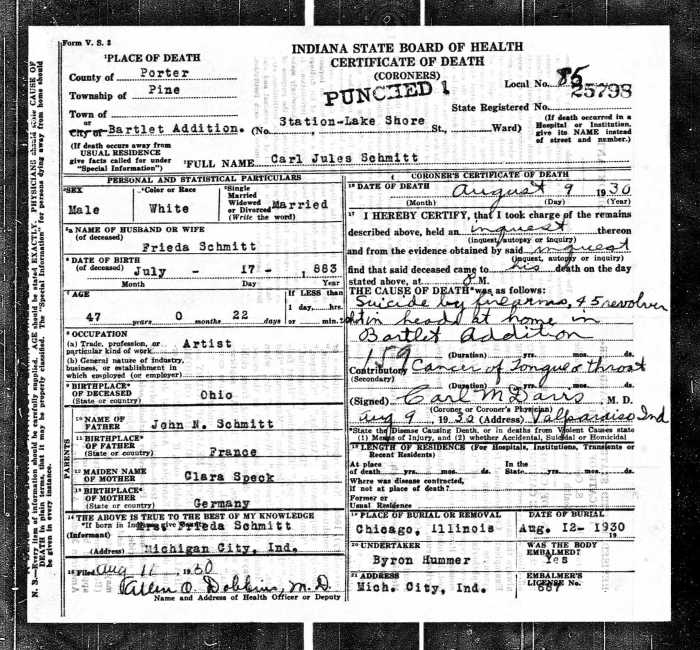 His parents, mercifully, had died years before.

Carl left behind a wife (to whom he’d been married for just eight years) and two very young children. May he, and they, rest in peace.

4 thoughts on “New Collections in Ancestry”