His father died when Grandpa was six years old. His mother took in laundry and cleaned other people’s houses to make ends meet.

All the kids got jobs as soon as they were able to work. By able, I don’t mean old enough to work. I mean physically capable of doing anything for which someone would pay you.

So my Grandpa became a telegraph boy. I remember him talking about it, but oh so vaguely. And it was so long ago.

I wish I knew more about his telegram delivering days. Did he have fun? Was it hard work? Dangerous? Did he have a bicycle or did he have to walk or run from the telegraph office to parts unknown in Chicago?

Was he proud of what he was doing for his family? Was he able to attend school and still make enough money to help out?

He was only 14 years old in January of 1920 when the census was taken.  January in Chicago. How in the world did he stay warm? 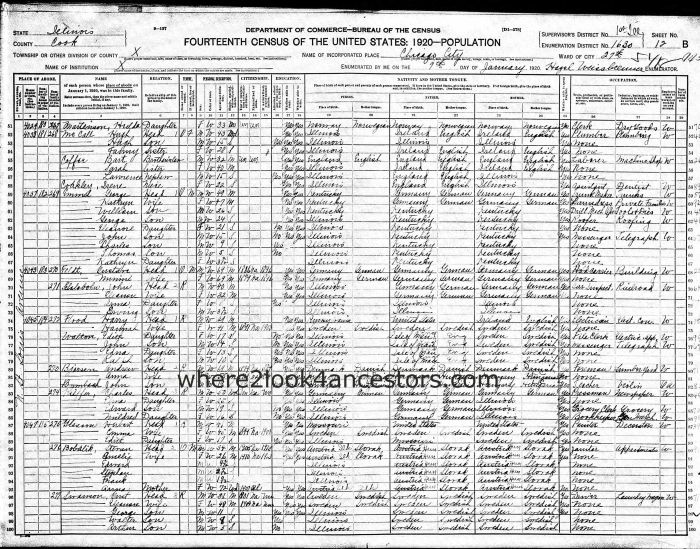 John Walton in the 1920 census