I stumbled upon a little headstone in Chicago’s Rosehill Cemetery in July 2015. 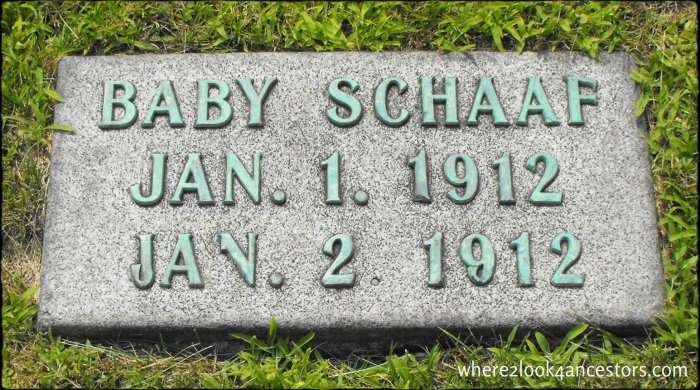 I was surprised there wasn’t an existing memorial for this infant on Find A Grave.

Because that little headstone is next to this:

Who was Adam Schaaf? I wondered as I added a Find A Grave memorial for Baby Schaaf.

A link on the baby’s memorial page encourages Find A Grave users to “Find all Schaafs in Rosehill Cemetery”. Adam had been memorialized, but there wasn’t much information there. A family link connected him with his wife Caroline (nee Blasius) Schaaf. Her obituary explained the accomplishments of the Schaaf family and how they may have come to own such an elaborate monument.

Adam Schaaf died in 1902, so he couldn’t be the father of the infant born in 1912. The family links on his and his wife’s memorials show two sons. Was one of them Baby Schaaf’s father? 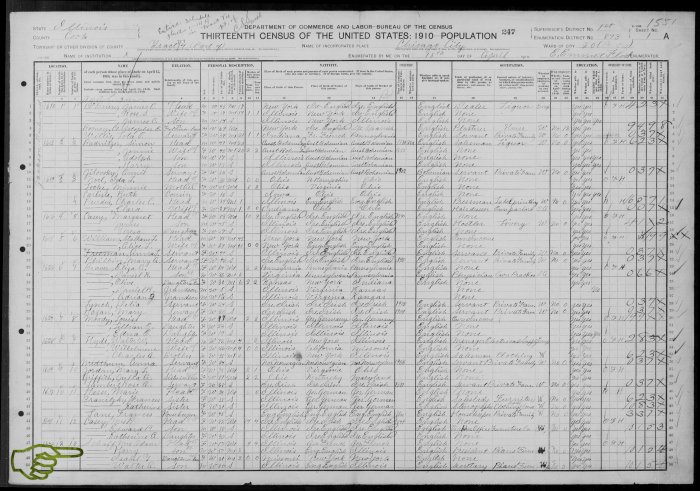 And a search for Isabel Schaaf on Newspapers.com turned up a lovely face (and maiden name) for Harry’s wife:

Adam II and Harry Jr. lived with their parents during both the 1930 and 1940 censuses.

Then the story takes a bit of a strange turn.

Harry Sr is buried with his family in Rosehill Cemetery on Chicago’s north side [3].

Isabel is buried in Oak Woods Cemetery on Chicago’s south side. [4]