The following notices of death appeared on page 11 of the June 20, 1894 issue of the Chicago Daily News; 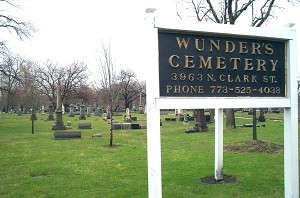 “GASSMAN-EMILY, oldest daughter of Adam and the late Mary A. Gassman, aged 32 years. Funeral from the family residence, 172 Walnut-st., to Columbkill church, thence by carriages to Calvary.”

My transcription above is exactly as the notices appeared in the Chicago Daily News with the exception of quotation marks at the beginning and end of each obituary. Abbreviations, capitalizations and references to people, places and things are indicative of the era in which this information was originally published. When possible, the deceased was also memorialized on Find A Grave.