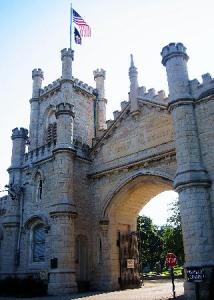 “BRADY-At 905 35th-ct., PETER, husband of Lizzie Brady. Funeral from late residence, Sunday, March 11, to the Church of the Nativity, thence by cars to Mount Olivet.”

“LARKIN-Nov. 13, 1893, in New York, PATRICK LARKIN, son of one of the Manchester martyrs and an old-time Chicago printer.”

“M’DERMOTT-The remains of WILLIAM M’DERMOTT, will be buried from vault at Calvary cemetery on Monday. Friends will meet at Milwaukee depot at 12:30 p.m.”

When possible, the information above was added to Find A Grave.